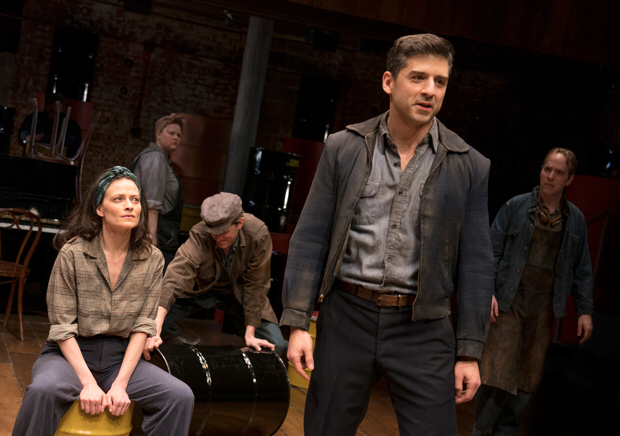 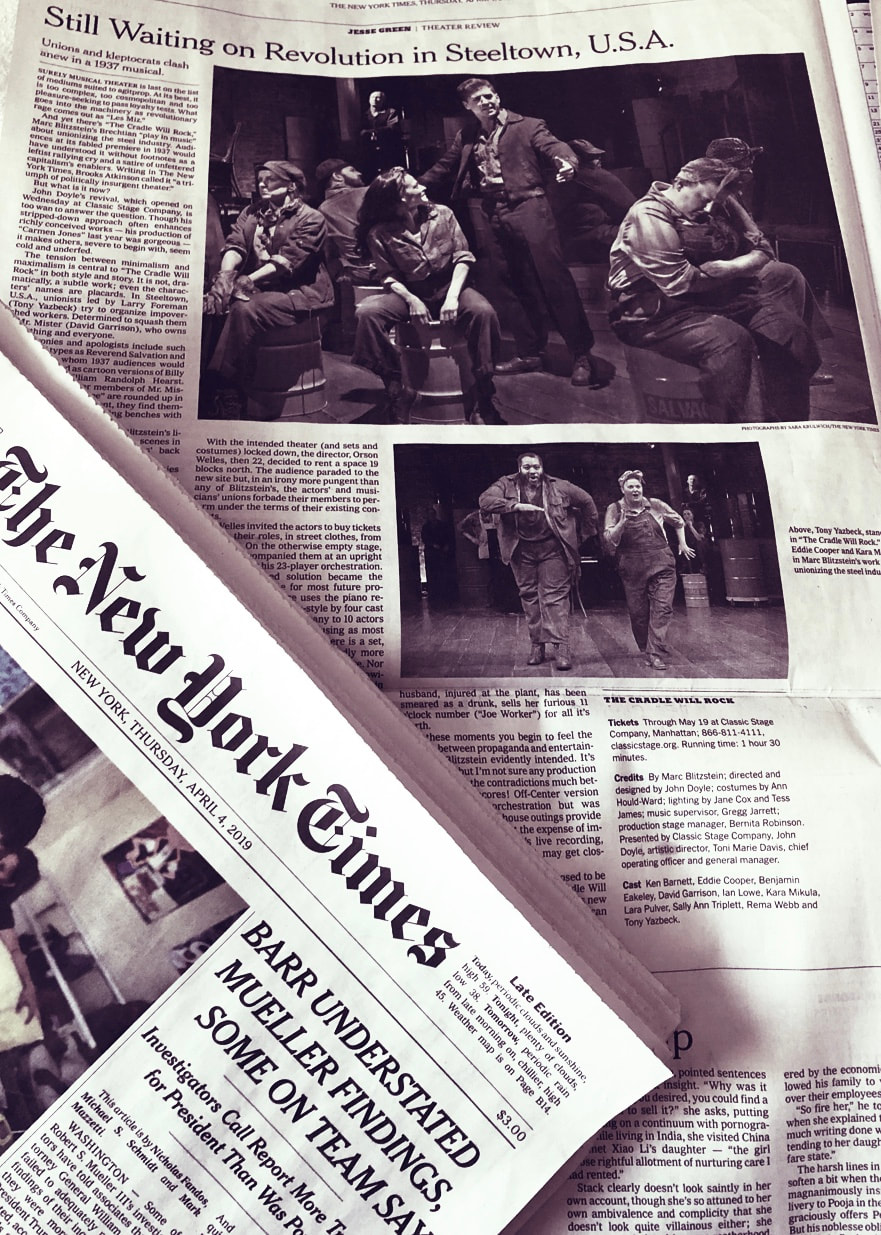 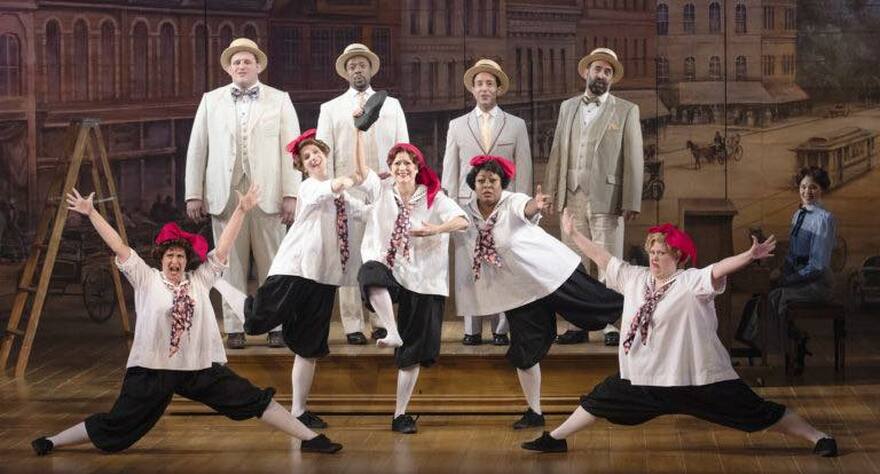 "... an.And, oh, how they shine, individually and as they join Alexander and Kara Mikula in thoroughly delicious turns as the "Pickalittle ladies" and "Grecian Urn" performers."

​"Let’s start with the good–the ensemble was incredible. The dancers were talented, the townsfolk were animated and lovely fun to watch. Among those I enjoyed most were the ladies ensemble which included ... the character of Ethel Toffelmier played by Kara Mikula,.. The scenes that included these actors were filled with joy and humor and memorable vignettes. Mikula’s hilarious facial expressions and deft physical comedy made me smile throughout the show."

- Gretchen Wirges - Taming of the Review 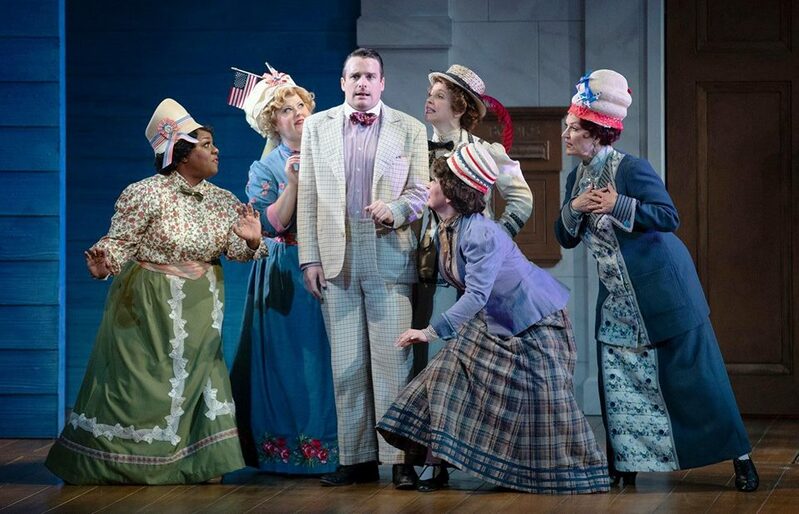 Judge Jackie Justice - and the Trials of Love
PCLO Cabaret

“That Point Park grad Kara Mikula as Judge Jackie can take the reins and run with a larger-than-life character is no surprise for those who have seen her wide-ranging vocal and comedic talents on display in shows such as CLO Cabaret's "Ruthless!" and Pittsburgh CLO's "Annie." She can belt and she can mug, and when she sings "like Springsteen I'm the boss," you better look out. This judge has a mean streak when it comes to love, and she verbally mows down the couples who come into her courtroom."
- Sharon Eberson, The PIttsburgh Post-Gazette


"But what drives the show's pace and trajectory is Kara Mikula's impatient, outspoken Judge Jackie and her deliciously judgmental diatribes. She has a full and vigorous voice that she puts to good use with "I'll Get it Back" and "Not Me." "
- Alice T. Carter, The Tribune Review


"Kara Mikula is stellar as Judge Jackie. With her seemingly endless energy and countless facial expressions, Mikula uses every minute of stage time to its fullest. She has a fantastic sense of comedy and uses it to chew the scenery wonderfully."
- Chris Bondi for The Times Online


"Judge Jackie (Kara Mikula) is a true powerhouse actress, with a voice that grabs the audience's attention, hilarious facial expressions, and quick wit sarcasm that can turn any compliment into an unknown jab."
- The Pittsburgh Magazine﻿ 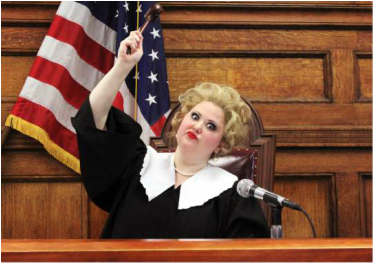 Grease at The Gateway

At the Surflight Theatre

"There were so many good moments in this show. Kara Mikula, another member of this past summer's troupe, continues to amaze with her varied talents...The production numbers in the Surflight Theatre holiday show are high energy and sure to lift any sagging spirits you might have. Individual performers, such as Kara Mikula, also shine, displaying a wide range of talents. Mikula's include a wonderfully husky singing style, fine comedic timing and, as a bonus, a powerful bow on the violin."
- Rick Mellerup on The Surflight Holiday Spectacular; The Sandpaper; Beach Haven, NJ.

"Kara Mikula is a wonderfully gifted comedienne who lights up the stage as she does in Santa Baby when her fantasy to be a chorus girl is realized..."
- Roberta Gold on The Surflight Holiday Spectacular; The Ocean County Gazette; Beach Haven, NJ.

"Another standout is Kara Mikula as Luce, the domineering wife of one of the Dromios. Her great comedic sense and her lovely voice were showcased beautifully in "What Can You Do With A Man." And she steals the show when she, Maggie Anderson and Heather Hawkins... do the classic "Sing For Your Supper."
- Tom Wrona on Surflight Theatre's production of The Boys from Syracuse; The Beachcomber; Beach Haven, NJ.

The Julia Deberson Award was established to commemorate the memory of Julia Deberson, who served as Executive Assistant to CLO Executive Directors William Thurnhurst and Charles Gray from 1975 to 1994. Every season, the directors and production staff meet to choose one outstanding Ensemble member who best exemplifies Ms. Deberson's ideals: professional skill, high work ethic, an optimistic attitude, the ability to work well with others and, above all, a passion for one's work.

Ms. Mikula joins the impressive list of past Julia Deberson Award winners, including Joe Jackson (2011), Ahmad Simmons (2010), Kathryn Lin Terza (2009), Ward Billeisen (2008), Jake Pfarr (2007), Alison Levenberg (2006), Lauren Yen Solito (2005), Eric Daniel Santagata (2004), Mark Sanders (2003), Jessica Perrizo (2002), Tory Ross (2001) and Justin Brill (2000). This prestigious award is funded by contributions from the CLO Board and Guild members, as well as staff members and friends. These funds are invested as a part of the CLO Legacy Fund endowment. Anyone who knew Julia or respects the ideals for which she stood may also contribute to the fund. For more information, contact Wynne Fedele at 412-281-3973 or wfedele@pittsburghCLO.org.